Eat this and increase your memory and elevate your mood

Red, orange, green, and brown, this colorful legume is super rich in folate, a type of B vitamin that enhances brain power and increases the dopamine function within brain, to boost both performance and mood.

Lentils which are rich in Folate, is known to help support production of nervous system function, and particularly, in the production of messaging molecules that are used by nerves to send signals throughout out body. Lentils are also rich in Vitamin B. Vitamin B contributes to the production of dopamine. Study’s have shown that decreased dopamine activity is involved in depression. 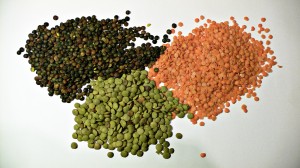 Your Heart Loves Lentils – In a study that examined food intake patterns and risk of death from coronary heart disease, researchers followed more than 16,000 middle-aged men in the U.S., Finland, The Netherlands, Italy, former Yugoslavia, Greece and Japan for 25 years. When researchers analyzed this data in relation to the risk of death from heart disease, they found that legumes were associated with a whopping 82% reduction in risk!

More Energy to Burn While Stabilizing Blood Sugar – Lentils have a beneficial effect on the digestive system and the heart, and as a soluble fiber. lentils help to stabilize blood sugar levels. If you have insulin resistance, hypoglycemia or diabetes, legumes like lentils can help you balance blood sugar levels and provide steady, slow-burning energy.

Iron for Energy – Lentils can increase your energy by replenishing your iron stores. Particularly those who are more at risk for iron deficiency, boosting iron stores with lentils is a good idea. Unlike red meat, which is also a source of iron, lentils are not rich in fat and calories.

Lentils provide many benefits in addition to increased memory and elevated mood.

For a recipe on Super Easy Lentil Stew visit the CitrusFoodTherapy.com website.

Watch another Classic Jack Lulanne here: Work on the neckline